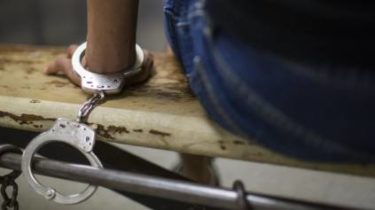 The Prosecutor General’s office of Ukraine has recorded 600 of the facts of torture against people by militants in the occupied territories of Donbass.

This was stated by Prosecutor General Yury Lutsenko.

“We have 600 cases of torture: removal of the skin, scalp, castration, pouring lead into the throat, dismemberment, crucifixion, sending to a minefield, what do the Russian terrorist forces,” – quoted him as saying Espresso.

The basement and psychological torture: the judge released Rudenko told the captivity in the “LC”. Exclusive to TSN

Also Lutsenko added that the GPU was also evaluating war crimes of Russia. In particular, it was declared suspicion 20 Russian generals and admirals, who are accused of crimes against humanity.