Theft in especially large sizes: in Kiev declared about suspicion to the former Chairman of the Board of “Bank national Credit” 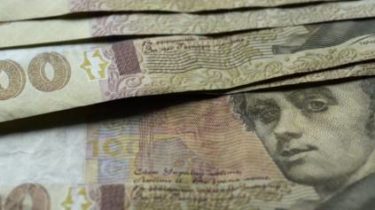 The Kyiv Prosecutor’s office reported about suspicion to the former Chairman of the Board of PJSC “Bank national Credit” in plunder of money in especially large size.

“During a pretrial investigation it is established that the person, in collusion with other officials of the Bank, committed misappropriation of funds of the financial institution in the amount of about 4 million UAH”, – stated in the message. Therefore, the actions of the former head of the Board is qualified under part 5 of article 191 of the criminal code of Ukraine (embezzlement of property by abuse of official of his official position, committed on preliminary arrangement by group of persons in especially large sizes).

Theft in especially large sizes: in Kryvyi Rih busted a gang of officials of the city Council

The question on election to the suspect of a preventive measure.

Earlier, the NAB had arrested six suspects in the embezzlement of funds of the project “the Wall”. The arrest was conducted by detectives of the National anti-corruption Bureau under the procedural guidance of prosecutors Specialized anti-corruption Prosecutor’s office.

As reported by the NEB, are among the detained officials of the State border service of Ukraine and enterprises-contractors. All of them now bring in a National anti-corruption Bureau in Kyiv for the presentation of written reports of suspicion. They are suspected of misappropriation, embezzlement of property or taking to them by abuse of official position and misuse of budget funds.

Note that the project “the Wall” or “European wave” – fortification project, which is to increase the level of security on the border of Ukraine with Russia. He was presented the ex-Prime Minister Arseniy Yatsenyuk in 2014. This project has already spent 400 million, but the construction is still not completed, now ready to a little more than 10%.