Lutsenko has signed the suspicion Dovgy 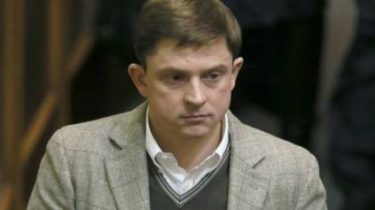 Prosecutor General Yury Lutsenko has signed the message on suspicion to the MP from the “Will of the people” Oles Dovgy.

About this “Ukrainian News” the press-Secretary of the public Prosecutor Larisa Sargan.

“Yes, signed the (notice)”, she said. We will remind, yesterday the head of the Specialized anti-corruption prosecutors Nazar Golodnitsky on a talk show, “the Right to Vlad,” on the TV channel “1 + 1” exclusive said that already sent to the GPU performance on the announcement of suspicion Dovgy.

According to Sarhan, the attorney General signed the suspicion before a business trip. The exact date it was announced.

It is noted that Dovgy is suspected of committing a crime under part 2 of article 28 (Commission of crime by group of persons, group of persons by prior conspiracy, an organized group or a criminal organization), part 2 St. 364 (abuse of power or official position) the Criminal code.

We will remind, Oles Dovgy is accused of land fraud in the capital while working as a Secretary of the city Council. In the case where 45 hectares of land in reserved Zhukov island, only the nominal value of which amounts to 82 million. Lutsenko at the meeting of the Committee showed the document dated October 2007 with the signature of Long.

On 11 July, the Verkhovna Rada gave its consent to the criminal prosecution Dovgy. For a decision voted 251 MP.