In the Lviv region, the court considers the administrative Protocol concerning crossing of the state border Saakashvili 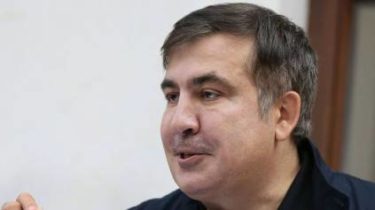 In the Lviv region held a regular meeting of the court which considers an administrative Protocol in relation to the intersection Mikheil Saakashvili of the state border on 10 September.

It is reported by TSN correspondent Natalia Voloshanka.

While the court is, next to the building were people. In particular, with a dozen guards, where the same amount of Saakashvili’s supporters.

It is noted that Saakashvili himself in court has not arrived.

In its press-service reported that a politician who travels around Ukraine. Tonight should be in Cherkasy, and therefore the court was ignored. The interests of Saakashvili are just two of a lawyer.

Saakashvili denies that broke through the state border. Today at the meeting shall examine witnesses breakthrough. Explanation will be given Saakashvili’s supporters is the fact that the border guards.

We will remind, deprived of citizenship, Saakashvili in late July, when he was outside Ukraine. He is a politician promised to return September 10. He entered the territory of Ukraine through KP “shehyni”that in Lviv region, although I was going to make it through KP “Krakovets”. To the border he got a bus and crossed it illegally, together with 60 persons. Some of them have used force against the guards.

The state border service of Ukraine announced a breakthrough in the checkpoint “shehyni”, in which Saakashvili arrived to Ukraine, mass illegal trespassing.

Using a breakthrough border checkpoint “shehyni” detained five people. Militiamen also established the identity of six of the organizers of the violation of public order near the boundary, as well as 32 active participant in those events. More than 100 people questioned as witnesses.