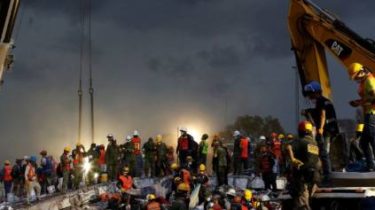 Sep 19, in Mexico an earthquake, which, in particular, destroyed a primary school building in Mexico city.

It is reported by a jellyfish.

More than a day the entire country watched, how from-under blockages pulled out a 12 year old girl named Frida Sofia — until it turned out that this girl does not exist. It was reported that the girl gave a signal to rescuers, and thermal imaging camera confirmed that under the rubble there really are survivors.