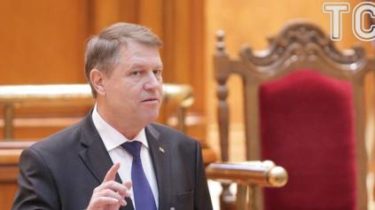 Romanian President Klaus Iohannis cancels visit to Ukraine due to the adoption by the Verkhovna Rada of the new law on educationaccording to which education in 2020 in the country will be fully Ukrainian.

This was reported by the Romanian news Agency Agerpres on Thursday evening, September 21.

“When I heard about this law, I canceled his visit to Ukraine. I also canceled the appointment of the Chairman of the Parliament, the meeting was scheduled for the end of September,” – said the President of Romania.

“I will not visit (to Ukraine – Ed.) until then, until progress has been made in respect of the education act,” said Klaus Iohannis.

Recall, September 5 during a meeting of the Rada adopted the law of Ukraine “On education”, which introduced the 12-year secondary education. The language of instruction in educational institutions determined by the state. The document envisages that the institutions can be taught one or more courses in two or more languages – the state language, English and also in other official languages of the European Union.