Living in the middle of the cabbage. “The Minister DNR” after the assassination attempt actively distributes interview 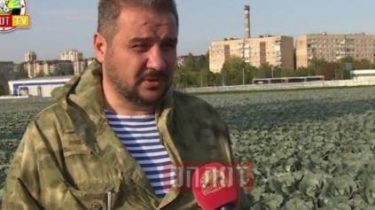 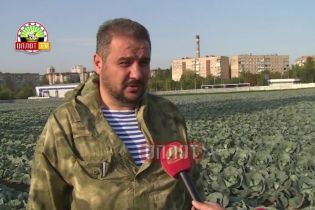 The rebels controlled media showed video from the “Minister of revenues and duties DND” Alexander Timofeev (nickname “Tashkent”), who on the morning of Saturday, September 23, was assassinated.

In the plots we are talking about what the reason for the attempt, they say, is the cultivation of vegetables. It was told that terrorists provide themselves with foods that are grown and produced in the occupied Donbas. And Ukraine, they say, tries to hurt. Therefore, Timofeyev tried to kill “subversive group, controlled by Kiev.” About it write “news of Donbass”.

“The Minister DNR” also pointed to the ordering of the attempt on the part of Ukraine. The interview took place in the middle of the cabbage and peppers in greenhouses near Donetsk.

We will remind, on Saturday around 8:30 a.m. in the prospect of Peace in the center of Donetsk thundered two explosions. Later in the “security agencies” so-called “DNR” said that in the occupied Donetsk there was an attempt to “Minister of revenues and duties DND” Alexander Timofeev.

“There were two explosions, an attempt to “Minister of revenues and duties DND” Timofeeva. He’s in critical condition,” – said in the message.

Later, one of the news sites of the militants, citing a source in the “interior Ministry” has released information about detention of Ukrainian organizers of undermining the so-called “Minister”.

Meanwhile, the Ukrainian interior Ministry confirmed the attack on “Minister of the DNI” and called it a possible reason.