Russian media spoke of Ukrainian judges in the case on Saakashvili 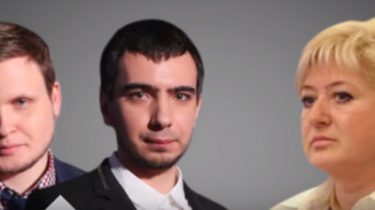 During a call, the media presented the people’s Deputy of Ukraine from fraction “Blok Petro Poroshenko” Alexander Granovsky, who, according to the media, has influence on the judicial branch of power in Ukraine. The wag suggests that the court will witnesses who saw the violation of the procedure of crossing the state border of Ukraine, Mikheil Saakashvili. In turn, alleged the judge Belous said: “There are a lot of witnesses. I think that definitely will need for the completeness, objectivity and legality of the decision, to invite and interrogate”.

Allegedly the judge said he would make the decision according to applicable Ukrainian legislation. Also Yuri Belous said that he needed only the help of truthful testimony about the events at the checkpoint “Shehini” September 10. Also, Belous misleading that it is supposed to come, “Poroshenko people” to which the judge replied: “You know where I am”.

In addition, the media managed to record the alleged and Irina Volosko, which is during a telephone conversation stated that it was not in Ukraine but in France. During the conversation, the judge allegedly Galician district court of Lviv to the question of whether it is a judge Radchenko, said: “Well, I know today or at the end of the day, if they come to the Prosecutor or on Monday morning at 9, 9:30. Need to be call when the Prosecutor and the investigator. And then, as I understand it, I know that when there is neither Prosecutor, nor investigator… me five minutes ago was talking to the court. It speaks of personal commitment. I filed a motion “under personal obligation”. So we need to support the personal obligation. Understand you correctly?”

Volosko is also said that he will do his utmost, though it is difficult to do, given the fact that is abroad.

Note, Smith and carpenter were repeatedly accused the Kremlin and the FSB. The former President argues that it is not working “to order”, at the same time recognizes that it has deals from “friends” on the selection of topics for the next draw.