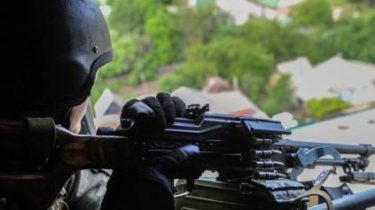 The special representative of the US State Department on Affairs Kurt Volker does not exclude that the Russian Federation can resort to the aggravation of the situation in the Donbass.

He declared it in interview to the newspaper “Mirror of week”.

In particular, Volker asked if we again fail to find a common language with Russian President Vladimir Putin, including the issue of deployment of peacekeepers, whether the Russian leader to resort to escalation of hostilities.

“It’s possible. Yet this is not happening. On the contrary, last week recorded a decrease of the voltage level, in comparison with previous months. This does not mean that exacerbations will not. Russians tend to turn… However, this should not affect our position. Guarantee of success in the settlement process is not. But a clear, pragmatic and consistent approach gives you the best chance,” said Walker.

Recall, He also stated that the conduct in the Donbass UN peacekeeping forces may provide the conditions for holding local elections in the occupied territories of Russia.