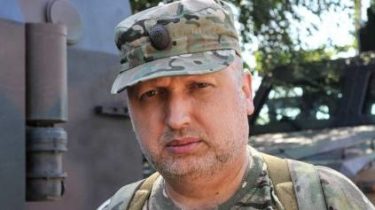 NSDC Secretary Oleksandr Turchynov met with the delegation of canadian Parliament headed by the Chairman of the defense Committee Stephen From.

This reports the press service of the NSDC.

During the meeting the interlocutors discussed the situation in Eastern Ukraine, escalating in Crimea, Russian military capacity, the dominance of Russia in the black sea basin, and exercises “West-2017”.

According to Turchynov, Donbass daily increase in the number of weapons and ammunition that are imported by Russian troops.

“We understand why Putin against armed UN mission that would monitor the border with Russia. Because only by closing the border to stop the importation of military arms and ammunition from Russia to the occupied territories,” he said.

According to Turchynov, during the exercise “West-2017” Putin has demonstrated a willingness to offensive war.

The threat of invasion and the shelling of the audience. The most important of the scandalous manoeuvres “Zapad-2017”

“The last stage of the exercise was devoted to the inspection of the combat readiness of the nuclear triad, was developed air, land and sea components. Thus, Putin has shown a willingness to conduct powerful continental war,” Turchynov said.

The sides discussed the reform of the security sector and defense of Ukraine, and cooperation in military-technical sphere. In turn Fyur emphasized that Canada “is always ready to help Ukraine”.

We will remind, Poroshenko on the UN security Council said that Ukraine needs a peacekeeping mission. Poroshenko stressed on the need to end the supply of arms and Russian military in the Donbassand the establishment of reliable international control over the temporarily uncontrolled part of the border with Russia.