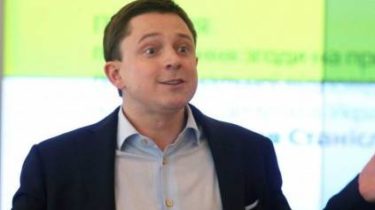 The Kyiv Prosecutor’s office handed over the suspect to the MP from the “will of the people” Oles Dovgy.

Document people’s Deputy was submitted on September 22, said the Agency.

“The suspect presented on Friday,” – said the Agency “Interfax-Ukraine” in a press-service of the Kiev Prosecutor’s office. Promise to reveal details later.

As reported, on 22 September 2017, the General Prosecutor of Ukraine Yuriy Lutsenko said that he had signed the message on suspicion to the people’s Deputy Long.

Politician accused of land fraud in the capital over the working time Secretary the city Council. In the case where 45 hectares of land in reserved Zhukov island, only the nominal value of which amounts to 82 million. Lutsenko at the meeting of the Committee showed the document dated October 2007 with the signature of long.