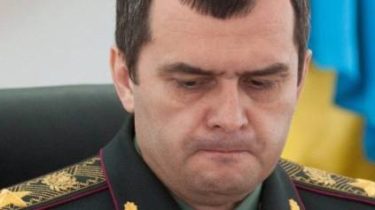 A Ukrainian court has arrested all the detected currently, the property and funds in Bank accounts owned by former Minister of internal Affairs of times of Yanukovych , Vitaly Zakharchenko. Now he is hiding in Russia.

The seizure of property and funds was held in the framework of the investigation in criminal proceedings, writes “Ukrainian truth”.

The first millions of dollars Yanukovych and Co. sent to the state budget

We will remind, in June the Prosecutor General’s office said Zakharchenko the new suspect in the case of Euromaidan. Prosecutor General Yury Lutsenko noted that the former Minister is suspected of committing and the organization of the Commission as part of an organized criminal group a number of grave crimes committed in the period from 18 to 20 February 2014 in the Central part of Kiev against the protesters. The investigators found that the provocateurs who attacked the protesters, personally coordinated Zakharchenko.

Previously Zakharchenko told about the secret plan of the President to settle the Donbass Berkut.