Yatsenyuk will sue Russia because of the “Chechen case” 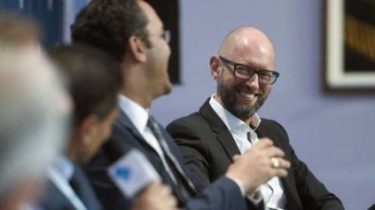 Eks-the Prime Minister of Ukraine Arseniy Yatsenyuk begins the process against Russia in the European court of human rights. This was reported by his press Secretary Olga Lappo.

Ukrainian politician wants to prove the absurdity fabricated In Russia against him.

“We intend to ECHR to prove the absurdity of the Russian krivoulya. We will bring to justice all the so-called Russian “investigators” and “judges” who fabricated “the Chechen business Yatsenyuk”, – stated in the message Lappo.

Arseniy Yatsenyuk begins the process against Russia in the European court of human rights. We intend to ECHR to prove the whole absurd…

She stressed that for compliance with the standards of the ECHR Yatsenyuk must formally go through all the stages of the proceedings in the national courts of Russia.

“All technical functions on the territory of the enemy state will be carried out by representatives of Arseniy Yatsenyuk. Just note that we are not interested in procedural details, because in Russia there is no justice as such. We don’t even know the final decision of Putin’s repressive “judicial” machine”, – she wrote.

Lappo noted that the point in the case against Ukrainian ex-Prime Minister needs to put the European court of human rights.