The tragedy with many unknowns: the Network has found the likely culprit fatal crash with a BMW in Kiev 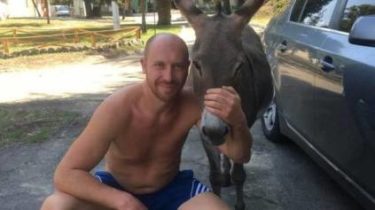 Metropolitan police are searching for a BMW driver who made a fatal accident on the outskirts of Kiev and ran away.

The police TSN reported that already found the owner of a luxury sedan, but it says that shortly before his car was abducted by unknown.

Meanwhile, the Network spread photo of men Kafar Bakieva. Carjacking people call “nonsense”. They say, on account of men this is not the first accident. Supposedly in 2013 it is in the same district made the same clash – crashed into the Chevrolet, like tonight. Then, according to the court, the man escaped with a fine.

It Bagiev V. Kafar. Yesterday at ten in the evening, he on his BMW at breakneck speed and flew into Chevrole. Vald…

In Ukraine, these data are still checked, and Bagaeva not detained.

We will remind, on September 25 night at the Metropolitan highway BMW raced down the road at high speed and crashed into a Chevrolet. From strong blow the car rolled over several times, stopped upside down, and his driver through the glass flew on the road. The doctors just pronounced him dead. Wife, who was riding beside him in the passenger seat, was hospitalized. BMW stopped after a few meters and caught fire and the driver fled the scene back home.