A lot of myths. Grinevich explained categorical position of Hungary regarding the Ukrainian law on education 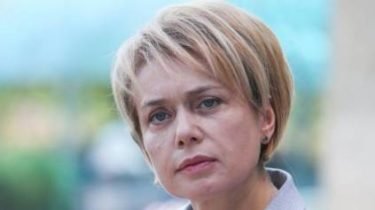 Hungary’s decision to block the rapprochement between Ukraine and the EU due to the adopted law on education can be explained by myths about document in the country. This opinion was expressed by the Minister of education of Ukraine Liliya Hrynevych.

She noted that the position of the Hungarian side, its disappointing and surprising.

“The new law on education we do not violate international obligations. I have formed the opinion that in Hungary there are a lot of myths about the new education law”, – quotes its words “channel 112”.

Also Grinevich has denied allegations that the Ukrainian government allegedly decided to close schools where learning takes place in the language of national minorities.

In the Parliament called blackmail, the response of Hungary to the Ukrainian law on education and warned of the mirror response

“This is not true. We are not going to close these schools. We are just expanding the opportunities of children to study the state language in these schools. Because we have now a violation of the rights of children of Hungarian origin who want to pursue higher education, but do not speak the Ukrainian language. This means that they do not have access to higher education in the future will not be able to hold public office or positions in local authorities”, – the Minister added.

She stressed that teaching in the Hungarian language will remain, just the students will also be studying and Ukrainian. According to Grinevich, to the signing of the law President of Ukraine Petro Poroshenko the foreign Ministry organised a meeting with ambassadors of all countries where the detail was explained all details of the new law on education.

As previously reported, after the signing of the law “On education” the President of Ukraine Petro Poroshenko, the government of Hungary has decided to block all further decisions of the European Union, aimed at the rapprochement of the EU with Ukraine.

According to the statement, Ukraine can forget about integrating into Europe”.