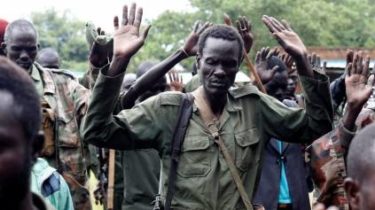 Journalists from the international Association OCCRP said about the involvement of Ukraine of illegal re-export of weapons from EU countries to Africa and the middle East.

Ukraine in the investigation called “key node” in the network, which is supplying weapons to the Soviet model from Europe to Africa and the middle East, writes “Interfax-Ukraine”.

According to journalists, based on the scheme of supply of weapons lies the gap in Ukrainian legislation in the sphere of export control that allows you to remove the sources and purpose of the movement of weapons from the documents.

“Ukrinmash” responded to accusations of supplying weapons to South Sudan

As an example of the operation of the network, members of which called the Ukrainian company “Ukrinmash”, “Tekhimpeks” and the British S-Profit and the Polish Army Trade, the investigative lead is prohibited by the legislation of the EU re-export in the years 2014-2016 from Poland to South Sudan Soviet BRDM-2. So, purchased in Poland, parts for their own needs “Tekhimpeks” armored vehicles were subsequently exported through the “Ukrinmash” S Profit in the middle East – in the UAE and East Africa, to Uganda and Burundi, and from there to South Sudan.

“South Sudan is under an embargo on arms supplies from the EU, which makes it illegal to sell the country weapons member States of the EU”, – noted in the OCCRP.

Investigators also claim that the group of the UN security Council, established to monitor the embargo, found that Ukrainian companies have sold millions of dollars worth of military helicopters and aircraft of the government of southern Sudan since the war began. Uganda, in turn, used as a transit point.

In OCCR say more than a thousand pages of company documents “Tekhimpeks” confirm that the company has bought weapons and spare parts in Eastern Europe – Poland, Slovakia, Moldova, Bulgaria, Hungary, Romania, and Bosnia and Herzegovina and sold weapons to the markets of Africa, Middle East and Asia, in particular Ethiopia, Korea, Chad, UAE and Uganda.

As previously reported, the international human rights organization Amnesty International in its report said about Ukraine’s involvement in illegal arms supplies to South Sudan. According to human rights, the Ukrainian state special exporter of military products “Ukrinmash” signed a contract with the UAE for the supply of thousands of machine guns, mortars, RPGs and millions of munitions in South Sudan.

“Ukrinmash” never put mentioned in the contract the arms to South Sudan. The contract was signed and executed, and has not held and will not be… the agreement was void, and did not take place. Was not obtained export licenses,” – said the representative of the company.