After the pension reform, the minimum pension will grow by only 140 UAH 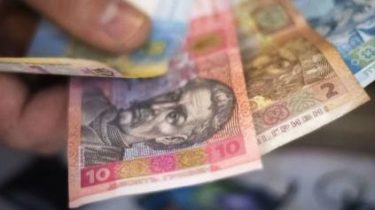 After the adoption of the laws on pension reform, the minimum pension in Ukraine will increase by 11% (140 UAH) – from the current 1312 1452 UAH to UAH for those who have sufficient insurance experience.

These figures cited by the press service of the parliamentary Committee on social policy, employment and pensions, with reference to the Chairman of the Committee Lyudmila Denisova, reports UNIAN.

“For retirees with full insurance from October 1, benefits will increase by 140 UAH, or 11%,” – said Denisov.

In case of acceptance by deputies of the pension reform from 1 October for appointment and recalculation of pensions applies a living wage stipulated by the state budget on December 1, 2017. That is, from October 1, the subsistence minimum for retirees who have full insurance will be 1452 UAH.

Videodatarate told how preparing for retirement and old age

Pension reform envisages the provision of guarantees for the disabled since childhood, disabled children, pensioners, who do not have the full experience, and individuals who are not eligible to retire and receive now 949 UAH. The number of such citizens today – about 1 million people. The amount of the pension will increase by 45 per cent to $ 1373 UAH, said Denisov.

From 1 October to 5.6 million pensioners pension in an average increase by UAH 692. This will occur as a result of modernization or recalculation of pensions taking into account the average wage over the last three years. For 600 thousand pensioners who work, canceled 15% limitation the payment of pensions, meaning that they will get 100% pension instead of the current 85%. For 104 thousand women who prematurely retired at 55 years, is canceled to reduce the size of pensions.

“The pension is subject to indexation. The reform stipulates that from 2019, the indexing will happen automatically. You do not need to make separate decisions of the government or Parliament with 50% of the increase in consumer prices and 50% rise in the average salary per calendar year. And 2021 for the previous three calendar years”, – said Denisov.

Earlier , Prime Minister Vladimir Groisman threatened to resign in case of acceptance by Parliament of the pension reform.