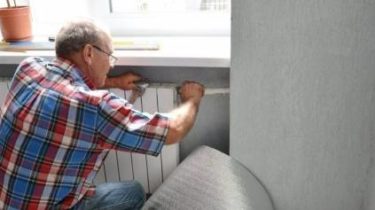 This night in Ukraine, awaiting the first autumn frosts. And tomorrow, September 27, will be significantly reduced and daytime temperature. Accordingly, the heating season may start earlier. Last year it began October 5 and ended on April 15.

This was stated by Vice-Prime Minister, Minister of regional development, construction and housing and communal services Gennady Zubko. He noted that the status of technical readiness of the country for the heating season is 97.6%.

“We are talking about the residential sector, the preparation of passports of the connection of heat to houses, kindergartens, schools, hospitals, and boilers that will supply heat,” said Zubko.

At the same time, there is the complexity of the relationship between municipalities, the NJSC “Naftogaz of Ukraine” and companies that produce heat.

“The conclusion of contracts is insufficiently active. Of more than two thousand contracts yet signed about 400. This work should be strengthened. Already entered into force the law on the gas market, where you define relationships between entities, which receive gas and district heating companies that produce heat, sell, then pay for gas”, — said Zubko.

He noted the importance of strengthening the competitiveness of the market.

Naftogaz has a monopoly position. Depend on all market players. It is important that this market has developed in the direction of competitiveness. For this you need to pay off debt before “Naftogaz” over the past period. This year passed a law that suspends the accrual of penalties and interest and allows for 5 years to restructure its debts. This process is slow, because “Naftogaz” reluctant to let go of their hands these processes. In addition, the anticipated adoption of the resolution on the payment of government subsidies to companies alive means that it will reduce the dependence on “Naftogaz”. But most importantly – the expected arrival on the market of companies that will compete with the “Naftogaz” is not only in the market to the public, and for budget organizations and commercial enterprises”, — said Zubko.

Meanwhile, international organizations and experts complain that the government hinders the reform of “Naftogaz” and the oil and gas market of Ukraine.