In the Parliament called blackmail, the response of Hungary to the Ukrainian law on education and warned of the mirror response 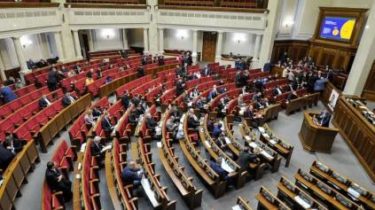 Ukraine ready to mirror the action against Hungary if Budapest will block any initiative for rapprochement of Ukraine and the European Union.

This was stated by the head of the Ukrainian delegation to PACE, MP from the faction “Block of Petro Poroshenko” Vladimir Aryev, reports “Interfax-Ukraine”.

“If they don’t want to interact in a neighborly way, for example, the Council of Europe, the number of Ukrainian delegates to three times the amount of Hungarian, and we can influence the final decision in Hungary as well. If they resort to blackmail, not to quiet negotiations, is not a reliable partnership”, – Aryev told.

The MP also stressed that the government’s desire to block the rapprochement between the EU and Ukraine makes Hungary an unreliable partner for all. He added that the growth of nationalist sentiment in Hungary has long been concerned about the EU.

“What does Hungary, is blackmail, because in this case we act as mirror relative to Hungary, if they do against us,” warned the MP from the PPO.

He also added that he should wait for the conclusions of the Venice Commission on the language article of the law about education, and so far, everything is happening – only political events. After all, before the receipt of the conclusions of the Venice Commission also makes no sense in the debates in the Council of Europe, which insists Romania.

As for the reaction of Poland to the law, the MP said: “I have not heard that they created the problem.”