Guzhva admitted that the investigation against him is completed 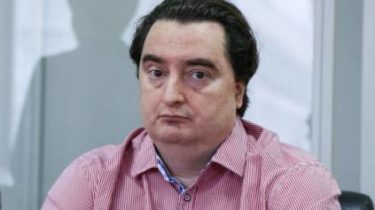 Editor-in-chief “Strenia” Igor Guzhva said that the investigation into his case is completed.

“I announced the end of the investigation into a fake case about extortion at Linko and now his speedily will be sent to the court while doing a search of the judge who would be willing to make the right power the verdict,” he said.

However, according to Guzhva, he is preparing a new suspicion.

Videopoke bail Igor Guzhva another night will spend in jail

“As I told the good people of the GFS, they received a team urgently to do me a suspect in another fabricated case,” he said.

We are talking about tax evasion.

We will remind, the chief editor of the Pro-Russian site “Strenia” detained June 22. According to law enforcement, Guzhva, along with co-defendant Anton Filipkowski demanded from the MP-radical Dmitry Linko 20 thousand dollars for the unpublished dirt. Marked bills and bribe law enforcement officers found in the briefcase Guzhva. He claims that he was framed.

At the trial on remand Guzhva got two months of detention with possibility of bail in excess of half a million hryvnias. His accomplice Filipkowski released under-house arrest because he was cooperating with the investigation.