Burned a house and a car. MP Birch says that had the incident with the beating of a man 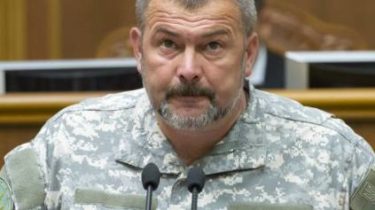 MP from “popular front” Yuri Birch says that had the incident with the beating of a man who tried to set fire to his house.

Instead of in the comments TSN reported that the attackers burned his property.

“I don’t have any incidents. I have burned a house and a car. It was a long time ago. Can’t comment on that,” said the Deputy on the phone, then ended the call.

Publishing Insider today reported that on September 24, at about midnight the police of Dnipropetrovsk region got the message about the penetration with the purpose of arson in the Birch house in the village of Chumaky.

The attacker born in 1980, according to the newspaper, was arrested and taken to the hospital in serious condition. Supposedly he is in the intensive care unit of a hospital in Krivoy Rog, he broke 4 vertebra and intracranial hematoma, causing the life of the attacker is under serious threat. The sources believe that the injuries could cause the Deputy. At the same time Insider notes that official comments neither from the police nor from the political force of the Birch have not.

We will remind, in 2015, Yuriy Bereza said in an interview “the high life”, to participate in parliamentary fights is not going to – I promised my wife.