Ukraine is approaching a decision on providing lethal weapons – Klimkin 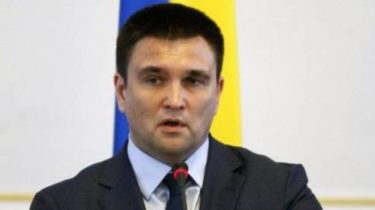 Ukraine is approaching a decision on providing defensive lethal weapons.

This was stated by Minister of foreign Affairs of Ukraine Pavlo Klimkin during a broadcast on one of the channels, writes UKRINFORM.

“Regarding the weapons and defensive weapons, then I believe that we are approaching this decision. These conversations were certainly in new York, these conversations were conducted in Canada, working with our European partners,” he said. The Minister stressed that in addition to the question of defensive arms will be discussed and the expansion of all armed component”.

“And that includes the weapons of the 21st century – what we need to determine where there is shooting from an occupied territory, so that our soldiers can work in the face of constant interference (and Russia constantly uses the newest models of weapons); so we received the latest drones, including attack,” said he.