Ethnocide of the Russian people. The illegitimate state Duma spoke about the Ukrainian law on education 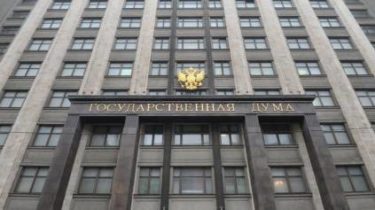 The Russian state Duma adopted a statement relative to the new Ukrainian law on education .

The EU responded to the “educational” scandal in Ukraine

“Signed by the President of Ukraine the Law “On education” would be an act of ethnocide Russian people in Ukraine”, – the document says.

“Signed on 25 September 2017 by the President of Ukraine the Law “On education” violated the basic standards of the UN and the Council of Europe Convention on the protection of the linguistic identity of indigenous peoples and national minorities, as enshrined in international treaties ratified by Ukraine”, – consider in the Russian Federation.

The law “flagrantly violated the law and discriminated against a significant part of Ukraine’s population – millions of Russians, Bulgarians, Hungarians, Greeks, Moldovans, poles, Romanians and other speakers of regional or minority languages of Ukraine”, the statement said.

On 26 September the government of Hungary has declared that they will block all further decisions of the European Union, aimed at the rapprochement of the EU with Ukraine, because of the acceptance of the education law.