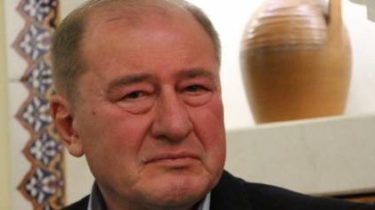 In the Internet appeared the video with the faces of the security forces who were accused and pass judgment the Deputy Chairman of the Mejlis Ilmi Umerov.

Video was published by the Crimean project of the Ukrainian service of Radio Svoboda’s Crimea.Realities. It was removed smali activists.

“The Crimean Tatar people here defending the security of the entire civilized world. If the aggression of Russia towards Ukraine and Crimea go unpunished, it will set a precedent through which will fall the entire world order,” said umer in the last word.

Recall, Simferopol district, “the court”, which is controlled by Russia, on Wednesday, September 27, issued a verdict in the case Umerov. Umarov: he was sentenced to two years in colony-settlement. Russian occupation authorities in Crimea accused Umerov extremism. To such conclusion employees of FSB have come across statements by the Deputy Chairman of the Majlis of the channel ATR. In addition, it was reported that by decision of the Russian occupation authorities in Crimea the activities of the Mejlis of the Crimean Tatar people is forbidden, and for every fees Majlis will open criminal proceedings.