In Mexico passed a “rain” of fish 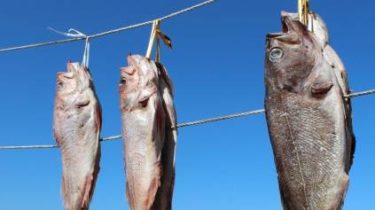 In the Mexican city of Tampico, located in the state of Tamaulipas, was “rain” of fish.

About the office of civil defense in the region said in his Facebook.

“A curious case occurred in Tampico, where the district of Lomas de Rosales passed a light rain, during which small fish are literally falling from the sky”, — stated in the message.

Previously “rain” from pound of the bills fell on one of the oldest resorts in the UK – in Blackpool.

The incident happened when thieves stole one of the pensioners to the Bank with all his savings, and then opened it on the beach. The wind kicked up all the money in the air that created the effect of Golden rain.