Generals Putin in the Donbas. “Armageddon” teplinskaya and a lover of military parades Sharagov 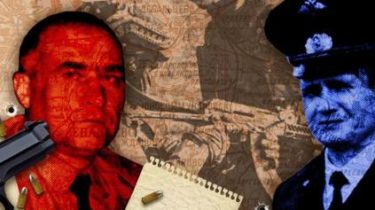 Killed in Syria , the Russian General Valery Isupov was not the only high-ranking military of Russia, who took part in military actions on the territory of Luhansk and Donetsk regions. Counterintelligence SBU has established the identity of two Russian generals, who simultaneously with Asadovym illegally present on the territory of Ukraine.

We are talking about the native of Donetsk region the General-Lieutenant of Russian armed forces Mikhail Teplinskaya, which can be considered the Creator of the so-called army corps of Pro-Russian militants, and major-General of the armed forces Valeriy Saragovi.

According to intelligence, it teplinskaya during the period from August 2015 to August 2016 was the commander and Esipova, and Sharapova.

Life path Usupova, Sharapova Teplinskaya and combined the aggression of Russia against Ukraine. After the “martial Affairs” in the Donbas in the formation of disorganized fighters in the regular military structure, they were promoted in the ranks of the Russian Armed forces. They entrusted new tasks, and they were replaced by other generals.

It should be noted that persons of these Russian generals are important for deep understanding of the approach of the Kremlin in matters of warfare against Ukraine. 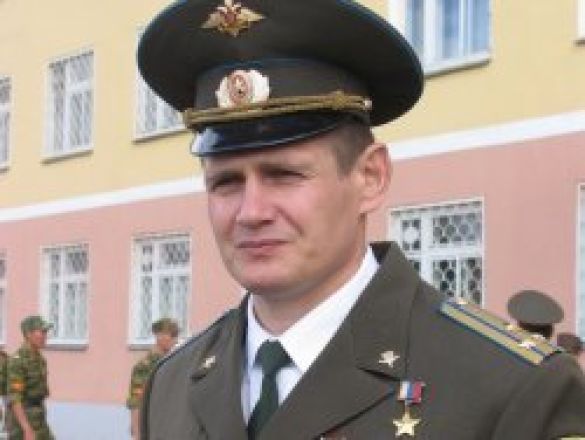 Teplinskaya was born on 9 Jan 1969 in Mospino of Donetsk region. The town is now in the occupied territory, near Donetsk. There are still living parents Teplinskaya.

Married. Raising two sons and a daughter. Has a younger brother Dmitry, who also made a military career in October 2008 was awarded the “order of Courage” for participation in military operations of the armed forces of the Russian Federation against Georgia, the result of which was the occupation of Abkhazia and South Ossetia.

Michael teplinskaya was held standard for many successful military of the Russian Federation “martial way”.

In 1992-93 participated in the armed conflict in Transnistria against Moldova, and from December 1994 to March 1995 in the battles of the first Chechen war. In particular, distinguished himself during the crossing of the river Sunzha.

For the period of the fighting the personal battle account of Lieutenant Teplinskaya was about 30 destroyed by supporters of an independent from Russia Chechnya. Exploits in the Caucasus continued during the second Chechen campaign in 1999.

The Hero Of Russia

While still in Chechnya, teplinskaya was promoted in rank and position: became captain and chief of intelligence of the parachute regiment.

After graduating from the Ryazan higher airborne command school in 1991, he served in the 106th guards air division, which was stationed in Tula. Commanded airborne rasedusega and reconnaissance.

In 1999, after graduating from the Combined arms Academy of the armed forces teplinskaya commanded a parachute battalion. Fought in the second Chechen war.

In 2007 he graduated from the Military Academy of the General staff of the armed forces. And in June of the same year was appointed head of the 212-th guards district training Vienna orders of Kutuzov and Suvorov center (Siberian military district, Zabaykalsky Krai).

In 2012 he received the title of major General of the guard.

Until 2015 teplinskaya was the commander of the 36th army of the Eastern military district of the armed forces of the Russian Federation in Ulan-Ude, Buryatia, the personnel of which is repeatedly recorded on the territory of Ukraine.

And in may of 2015, was appointed to the position of chief of staff of the 12th reserve command (in the same year, renamed “the Center of territorial troops”) of the southern military district of the armed forces. This structure was created to lead the Russian occupation forces in Eastern Ukraine (so-called 1st and 2nd army corps). Operated under the call sign “Blizzard”.

According to the information of counterintelligence of SBU, Teplinskaya appointment to this position was largely due to his reputation as a tough commander, able to bring order and to obey orders at any cost. He always drove with serious protection. The fighters were very afraid of him. Russian officers even hid because teplinskaya were punished for the slightest fault is reduced in rank, declared reprimands.

“His arrival was equal to Armageddon. Therefore, we can say that teplinskaya has made a significant contribution to the development of Russia’s relatively efficient occupation forces on the model of the armed forces,” – according to Ukrainian counterintelligence.

It is therefore not surprising that his services to the Kremlin has not gone unnoticed by the decree of the President of the Russian Federation of March 14, 2017 teplinskaya was appointed chief of staff – first Deputy commander of the southern military district.

On the way Sharagova military career little is known less. He was born July 14, 1961 in Balti, Moldova.

The name Sharagova quite often found in media reports. He has participated in large-scale military parades, as for example, in 2009 in Samara. 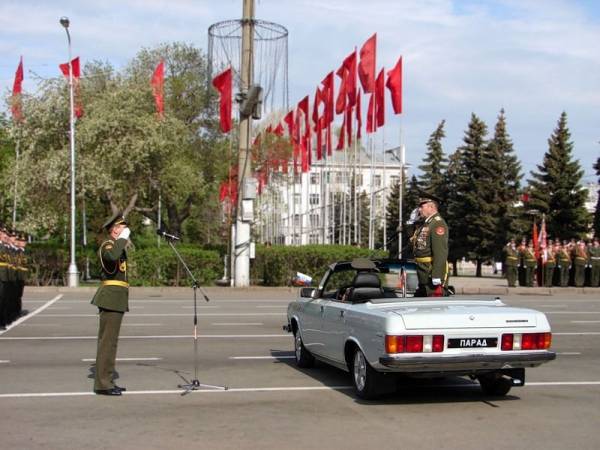 In August 2014, when continued armed aggression of Russia against Ukraine, Sharagov “lit up” during the Russian-Mongol exercise “Selenga”. In particular, he directed the exercise from the Russian side. “For the first time in the history of holding the international exercises on the firing range Munkh-Khet in Mongolia were involved simultaneously, mortar, howitzer and rocket artillery”, – wrote then media.

Also Sharagov willingly gave interviews to relevant publications on the state of the Russian army.

According counterintelligence security service of Ukraine, until July 2015 held the position of chief of staff of the 36th combined arms army of the Eastern military district of the armed forces of the Russian Federation in Ulan-Ude, Buryatia. It was there that fate brought him to Teplinskaya.

From August 2015 Sharapov became the Deputy commander-the chief located in the occupied Donetsk of the so-called headquarters of the 1st army corps the “Center of the territorial army” the southern military district.

This position he received under the patronage of his former commander – Lieutenant-General Teplinskaya, which may of 2015 directly in charge of all Russian occupation forces in the Donbas.

In the Donbas Sharagov was known under the codename “Muscat”. Held this position throughout the year until August 2016.