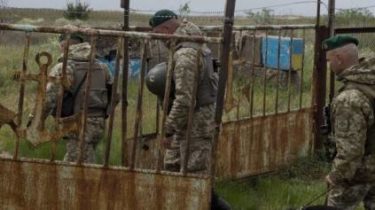 September 28, in the Luhansk region near the village of Lugansk killed two Ukrainian border guards.

About it reports a press-service of the State border service of Ukraine.

It is noted that two soldiers stepped on an unknown explosive device. Two border guards were killed on the spot.

The border guard informed about the incident the Military Prosecutor’s office, the headquarters of ATO and the National police. Will also be notified by the representatives of international missions operating in the zone of the antiterrorist operation.

Recall that in the grey area close to a birch that in the Donetsk region, while waiting for the bus on the explosive device hit a 51-year-old man and 62-year-old woman. The victims went into the forest, despite the set signs “Mines”. The explosion they received lacerations to the head, back and legs.