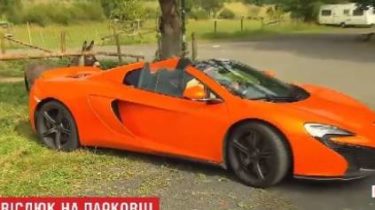 Donkey vs McLaren. The owner of a luxury sports car orange has filed a lawsuit against the animal, or rather to its owner. For “defiled” the hood.

One wrong Parking, too close to the paddock, it was worth a few noticeable scratches from the strong teeth of a donkey named Vitus.

The police, which caused the indignant motorist, joked: probably donkey McLaren seemed like a giant carrot.

The car repair cost 30 thousand euros. Most paid for insurance the company has remained – 5 thousand, but the owner of the donkey they refused to pay, because people, said, have to Park smarter than donkeys. So today, decide the matter in court.

Videobollenti careless Parking: the owner of a sports car sued over donkey who was bitten by the car