The pair had sex during the flight. 18+ 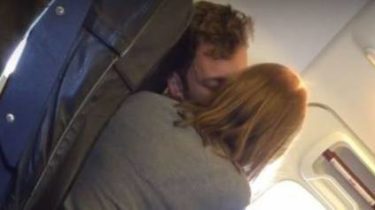 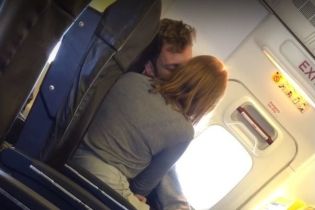 Couple filmed during sex in the cabin on a flight Ryanair.

They took advantage of the extra space on the seats at the emergency exit. The video shows that a woman is under the man’s clothes, she performs movements of a sexual nature.

One of the passengers decided to take this incident and upload it to YouTube. A video titled “Mile High Club” was viewed more than 320 thousand times.

The first time I published this video in 2015, however, staff recently re-appeared in social networks.

We will remind, the Irish budget airline was in the headlines of all media in recent weeks. The reason was that in the first two weeks of September, the level of punctuality of flights Ryanair has dropped below 80% due to delays, weather conditions, strikes and vacations of the pilots or crew members. In order to enhance the stability of the company from September 15 the airline decided to cancel 40-50 flights daily. Cancelled over 200 flights that were heading to or from London Stansted airport, and a small number in Edinburgh, Manchester and Birmingham. And on September 27 airline Ryanair announced the cancellation of another 400 thousand bookings on the 18 th flight from November this year until March 2018.