Ukraine was second behind in the list of car manufacturers 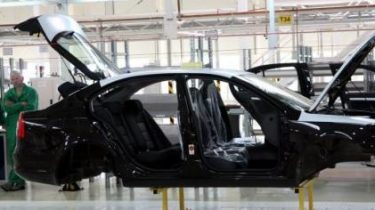 Ukraine – on the penultimate place in the world in the number of produced cars. She was able to overtake Belarus only.

The world organization of motor vehicle manufacturers reported that in the first half of our country released a little more than 3 thousand cars. This is stated in the plot program “snidanok z “1+1”.

Only in the world during this period produced 36 million passenger cars. In the first place – China, the second – Japan, the third – Germany.