Details of murder of the Deputy of the Cherkasy: attackers shot Benesova in the back 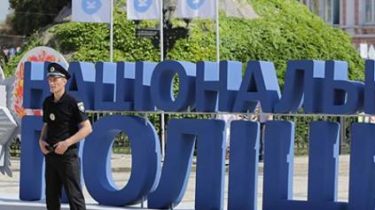 As it turned out, the criminals sneaked into the territory of the garage cooperative from the cemetery. When Benesov put your car in the garage and came out of the gate, he began to shoot back. On the fence still remained traces of dozens of bullets. After the attackers ran away. Neither the exact number nor any other will take the investigators was not disclosed.

The mayor of Cherkasy Anatoliy Bondarenko doesn’t exclude that soon will require the dissolution of the Council. Says Benesov received threats from its predecessor on a post of the head of the Department of housing Alexander Yatsenko. TSN was able to communicate by Yatsenko. The man is now in hospital. Accusations of the mayor does not recognize and refers to their PR campaign.

Colleagues of the deceased promise to give a big press conference and tell the details of the activities of Michael Benesova. City officials, after lunch called extraordinary session of the Council, which has honored the deceased with a minute of silence. After you voted for the appeal to the President of Ukraine. Requested to take the investigation under his personal control.

We will remind, the body of a man found Thursday, the evening of 28 September in Cherkasy near garages. According to the press service of the party, criminals committed in Benesova more than 20 shots from a Kalashnikov. Mayor of Cherkassy, said that the murder occurred after the TV broadcast, in which Benesov exposed corruption schemes.