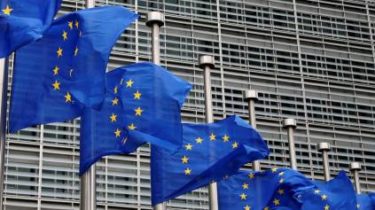 Additional trade preferences of the European Union for Ukraine will come into force on 1 October. The only exception will be quotas for export of barley, wheat and corn, which will take effect from 1 January of the following year.

This statement was made by European Commissioner for trade Cecilia malmström and trade representative of Ukraine Nataliya Mykolska, UNIAN reports.

“This is good news for Ukrainian exporters. A few important agricultural and industrial products will now have better access to the EU market because they can be exported without application of customs duties. This is an important sign of the continuation and substantial economic and political support of the EU for the Ukrainian people, the state and its reform”, – stated in the message.

From now on Ukraine will be duty-free export to the EU large quantities of wheat, corn, barley, oat and barley grains and granules, as well as processed tomatoes, natural honey and grape juice.

According to this document, Ukraine will receive additional quota for export of domestic food. In particular, the following annual values: for honey – 2,5 thousand tons of processed tomato – 3 thousand tons, wheat – 65 thousand tons, corn – 625 thousand tons, barley – 325 thousand tons. Preferences to enter on a period of three years as a Supplement to the Agreement on the establishment of deep and comprehensive free trade area.