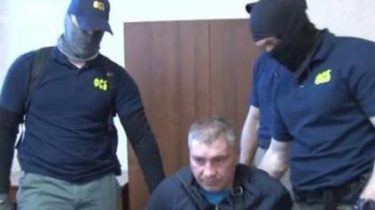 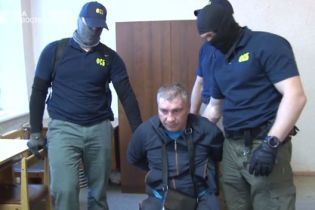 The Federal security service of the Russian Federation showed a video of the interrogation and detention in the Crimea by Russian Dmitry Dolgopolov, who is supposedly Ukrainian spy.

According to Russian security officials, the arrested man was a serviceman who had served in the Crimea.

“The Federal security service in Simferopol detained citizens of Russia Suhonosova Anna S. and Dolgopolov Dmitry Alexandrovich… On interrogation he admitted that he really had passed classified information to the Ukrainian intelligence,” added the Agency.

As seen in the video, the man was brought to the police station, where he answers the question that the reason for his detention is the alleged fact that he “passed classified information to the Chief intelligence Directorate of the defense Ministry of Ukraine.”

In addition the video also shows another “Ukrainian agent” – Anna Sukhonosov, who was detained along with Dolgopolov. Both suspects were in the same apartment.

Now, investigators opened a criminal case under the article on treason, may face up to 20 years in prison.

We will remind, earlier the General staff confirmed that the detainee in the Crimea by the FSB of Russia Dmitry Dolgopolov had previously served in the APU. “Another example of the sad prospects of the traitors of Ukraine. Dima Dolgopolov. He served in the armed forces of Ukraine (major, Deputy to work with the personnel in the artillery division 406 obag in Simferopol), in 2014, changed to the oath and joined the service of the occupiers, because there is more money paid. Now arrested by the FSB,” – said in ZSU.