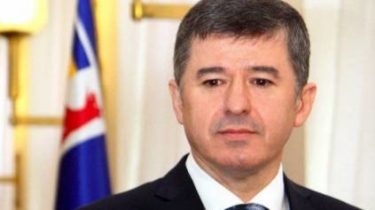 The corresponding decree appeared in the registry of the Pechersk district court on Thursday, September 28.

Criminal proceedings under article 212 (“evasion”) UCU was initiated on August 19. During a pretrial investigation it was established that only 2015 Baloga has declared $ 1.1 million and 2.8 million in cash and 6 plots of land, work of art, and 2 shotguns Benelli.

The GPU called MPs who refuse to go in for questioning

However, according to the State fiscal service of Ukraine, for the period from 1998 until 2015, the official earned only UAH 3.4 million.

The court granted the Prosecutor’s request and granted access to electronic declarations Baloga for 2015 and 2016.

Earlier it was reported that the fiscal service in Dnepropetrovskay region conducted an audit of the member of the Opposition bloc Alexander Vilkul. The MP is suspected of illicit enrichment and tax evasion in the amount of 20 million UAH.