The Provocation Of The Kremlin. SBU revealed the fake Congress stoglavy “bloggers” with the participation of the odious ex-regionals 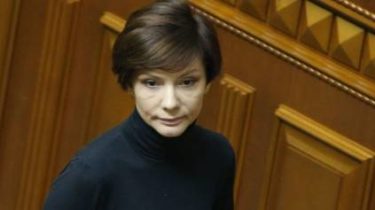 In Kiev warned the attempt of carrying out anti-Ukrainian actionorganized and financed in Russia.

This was reported in the SBU.

According to the report, the Russian security services had planned to spend in Brussels, the campaign to discredit Ukraine to the European community. In Brussels left several citizens of Ukraine as “speakers of the” round table on the theme: “Violation of human rights, the freedom of the press and political repression in Ukraine”. They planned to accuse the Ukrainian government for alleged harassment of journalists and the “free press”

“To enhance the “effect” of their intervention and further “true”, the organizers have planned live broadcast from Kiev, during which paid “bloggers” and “journalists” were supposed to confirm the information about harassment and persecution. Employees of special services has documented that “bloggers” and “journalists” organizers of fake stock customarily hired in the “black labor market” for 100 UAH each. To prevent the identification of European partners, the curators were obliged to put on “extras” sunglasses because of alleged persecution in Ukraine and fears for their own lives. The only widely known to the public face on this fake web event were people’s Deputy of Ukraine of V,VI,VII convocations Olena Bondarenko, who refused to give explanations to the police. However, she gladly did it hired to “show” the audience”, – stated in the message.

In the framework of the existing criminal proceedings it is planned to conduct interviews of the organizers of the Congress fake “bloggers” for documenting of illegal activities of Russian intelligence agencies, the report said.

Earlier in the SBU said that warned holding a fake protest on behalf of the so-called “Duties of mothers of participants of ATO”.