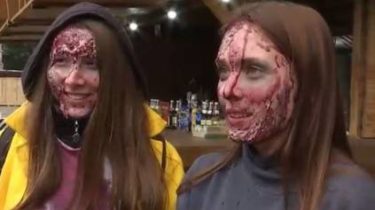 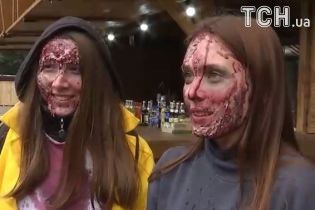 Races for the fuzzies and vs zombies. Two fun marathon staged today at the capital’s Expocentre, says the story TSN.

In the first ran dogs and their owners to raise money for the training ground for dogs and the animal shelter.

The second race was for fans of horror films. Runners took a gun – to shoot from almost real zombies, who were waiting in the nearby forest.

How it all happened video of TSN reporter Natalia Nagornaya: