In Kiev under too low bridge, the bus ran over the top and he became “convertible” 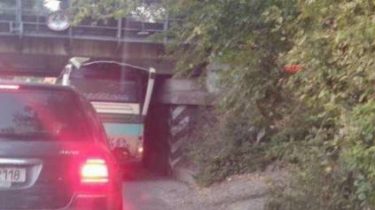 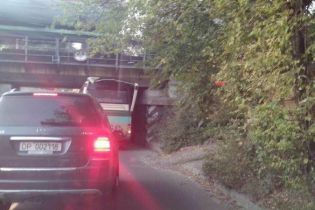 On Saturday, September 30, in the street of the Aircraft designer Igor Sikorsky (former Tank) in the Shevchenko district in Kiev, the bus does not slip under too low a bridge and it blew off the roof.

At the bridge there’s a sign to limit the vehicle height is 2.8 meters. The bus driver probably did not see it behind the trees. During the accident no one was hurt, says dtp.kiev.ua.

At the scene immediately the police arrived.

Earlier it was reported that in Kiev on the car after the collision with the tow truck dropped 100-pound safe.