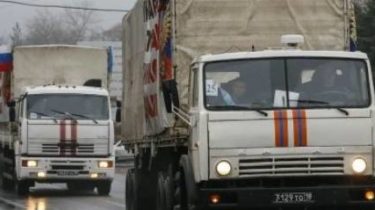 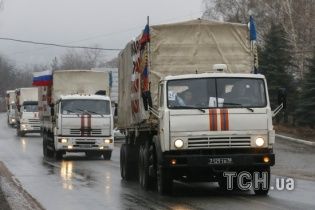 During the week, from 19 to 26 September, from Russia to the occupied Donbas and in the opposite direction increased flow of traffic – trucks, trains. Parts of the border they are crossing illegally because the Ukrainian border guards cannot control this.

It is stated by the Ukrainian side of the Joint center for control and coordination of questions of ceasefire and stabilization of the demarcation line (SCCC), reports the press center of staff ATO.

Experts of the OSCE observer Mission concluded that the Russian border checkpoints “Gukovo” and “Donetsk” in the period from 19 to 26 September recorded an increase of nearly half compared with the previous reporting period, the number of people in the military who crossed the border individually or in groups in both directions. Observers point out that you can’t count them, because many of them are crossing the border in private cars with tinted glass, or buses and minibuses with closed window blinds.

In the area of border checkpoint “Gukovo” recorded the movement of trains 38: 16 moved to Ukraine, and 22 in Russia.

The Ukrainian side of the JCCC said that “the former official crossing points across the state border with the Russian Federation that are not under the control of the government of Ukraine, at the moment there is strict control on the part of the ORDO and the astronomical clock. OSCE observers face difficulties in access to uncontrolled parts of the border. If there is temporarily not controlled by Ukraine of the Ukrainian-Russian border will create real security zone under the supervision of international observers, we will receive a fairly reliable guarantee that the traffic of troops, equipment, mercenaries, munitions, and all that are present today in the Donbass will be terminated.”