In the future, Ukraine should not count on IMF – danyluk 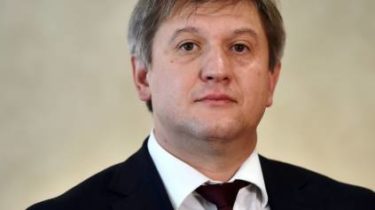 Despite the fact that the international monetary Fund plays an important role in the development of Ukrainein the future, Kyiv should not count on his support.

This was stated by Finance Minister Alexander danyluk in an interview DT.UA.

According to him, to Finance budget deficit, Ukraine will go to the debt markets, when it is necessary.

Lozhkin said that the IMF will provide Ukraine the next tranche

At the same time danyluk emphasized that the IMF program is the indicator for investors (both direct and for those who buy Ukrainian bonds).

“The IMF does programs for ten years, they support the country in a difficult period that she had the opportunity to get out of the crisis, stabilize the economy at a time when private investors are not interested in the country, and no one supported it, and any tools, in addition to IMF financing, is not working. But when we think about the future, it is wrong to count on the support of the IMF. Then why the government?”, – said the head of the Ministry of Finance.

Recall, the experts of rating Agency Fitch Ratings pointed out that further cooperation with the IMF and other official creditors is a more important factor of financial stability of Ukraine than the return on the external debt market.