The government wants to cut spending on scholarships – CEDOS 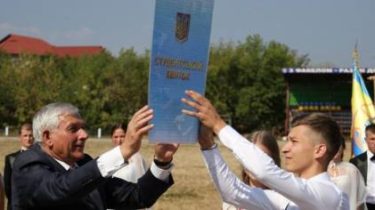 In the government the draft budget of education and science for the year 2018, it is proposed to reduce expenditure on social and academic scholarships for students.

About this in his article for DT.UA written by the Head of Department for education policy analysis analytical cent CEDOS Egor Herding and analyst CEDOS Irina Kogut.

So, the government proposes to reduce spending on social grants more than a third — from 992 to 631 million.

The Finance Ministry plans to reduce the number of recipients of scholarships, but to increase them

“Second, for 2017 there were different comments from representatives of the Ministry of education that the Ministry does not use all the funds for social scholarships. Apparently, this became the basis for the intention to reduce this article,” – noted experts.

According to the authors, this negative step: through lower line poverty social scholarship remains out of reach for most students who really need it.

At the same time, the cost of academic scholarships for students who are studying at universities subordinate to the Ministry of education, I propose to reduce by 21% — from 3.98 to 3.16 billion.

The authors suggest that the main reason for this was the transfer of the funding of universities I–II levels of accreditation on local budgets.

The new rules of scholarships left without money, honors and enriched “troechnikov”

At the same time, it is noted that, in General, to determine how much money the government provides for the payment of academic scholarships, the same as last year, difficult.

At the same time, the cost of training students in UNIVERSITIES of III-IV levels of accreditation plan to increase from 17.45 to 20.34 billion.