Kiev stopped in grueling traffic jams due to road repairs 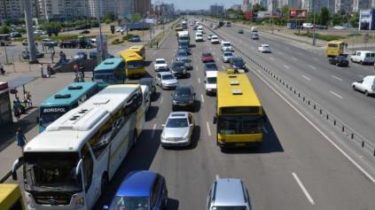 Kyiv the morning is again in traffic. Some of the main thoroughfares of the city closed for a major overhaul.

The riverside road congestion. The reason – repair of the road. In particular, five bands vehicles rebuilt one, occupying a strip of oncoming traffic. The speed does not exceed 10 km/h. When motion is restored, not yet reported.

The traffic on the street Helen Teligi. Due to repair roads and the overlap of two bands, the transport speed of 7 km/h goes in two directions.

In the night of the accident in Kiev killed two men

Because of an accident near the exit in Sofiivska borshchagivka on the District and the car going no more than 3 km/h. Huge slow jam formed at the entrance to the city from the Zhytomyr highway.