Military in midnight include through a loudspeaker, the national anthem of Ukraine – to hear the militants 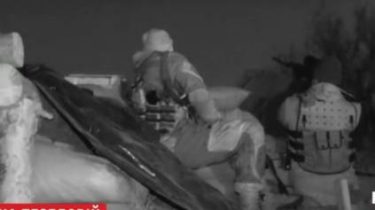 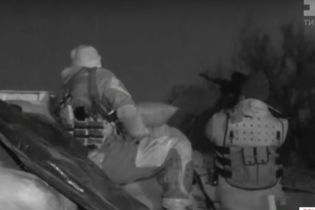 Psychological processing of the enemy: every night at midnight, the Ukrainian military on one of the items comprises the anthem of Ukraine.

So guys show “lost angels” from Russia that the Ukrainians next and thus remind that on the Ukrainian land. This is stated in the plot of TSN.19:30.

Though not always the enemy quietly listening – in response to the shooting.

For more details, and report from the front lines see story Ruslan Yarmolyuk.

Meanwhile, from the territory ORDO shoot again. At the headquarters of ATO believe that fighters are systematically disrupted “school truce.” Today, under fire hit residential neighborhoods in Maryinka and Zaitseve.

The day the militants fired at Marinka. Aiming at residential quarters. According to the ATO headquarters, the terrorists fired heavy machine guns and anti-tank hand grenade. As a result of the hits damaged the house.

In the night of Monday, the terrorists were beaten in zaytsevo. Also aiming at peaceful neighborhoods. Here, besides small arms, the terrorists used incendiary ammunition.

Video surveillance front, the enemy drones calculates the position of the Ukrainians and conducts aim fire