An accident with a train in the Kiev region: witnesses claim that the barrier didn’t work 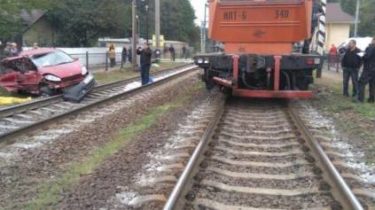 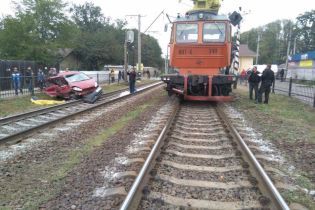 The driver and witnesses told the circumstances of the fatal accident at a railway crossing in Glevakha , Kyiv oblast, and argue that the barrier did not work, says TSN.16:45.

In the Rivne region, the police suspect in a fatal accident and fleeing the scene of an accident

Before the train crushed cars, left on a railway crossing. The passenger of the car died on the spot. Witnesses say no warning signal was not: no sound, no light, and moving is not protected with a barrier.

Police forensics, figuring out who is at fault in an accident. The driver of the crushed car was incredibly lucky. He had broken four ribs. It today out of the ICU and out of danger.

In the night of the accident in Kiev killed two men