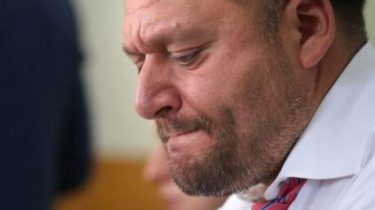 MP Mykhailo Dobkin has decided to withdraw from the Opposition bloc, and Vadim Novinsky wanted to create a new opposition platform inside the unit after the approval of the judicial reform.

“All together, the so-called “dictatorial” laws of January 16 to any comparison do not go with the decision taken today, shame on the judicial “reform”. And again. Today, I’m non-partisan” – he wrote.

All together, the so-called “dictatorial” laws of January 16 to any comparison do not go with the decision taken today is a disgrace to the judicial “reform”. And again. Today, I’m non-partisan.

Meanwhile, Novinsky in connection with the vote of the deputies and the leadership of the faction “opposition bloc” in Parliament in support of the judicial reform decided to create a new opposition platform.

“I disagree with the part of deputies from the faction “Opposition bloc”, with the leadership of our party and announce that we, together with our colleagues, associates who did not vote for this judicial reform or voted against it, will create an opposition platform within the “Opposition bloc”, – quotes Interfax Novinsky.

He stressed that this decision is not a split in the party and in the faction.

Previously to the draft judicial reform MPs have submitted a record number of edits – 5,5 thousand. The project of judicial reform in the presidential edition was indignant in “Homeland” and “Samopomich”. Say the judges, whose competence and engagement are often in doubt, get full power over the participants in the process. They will have the right to assign large fines and even criminal penalties for minor violations.