Poroshenko urged not to approve candidates to the Supreme Court 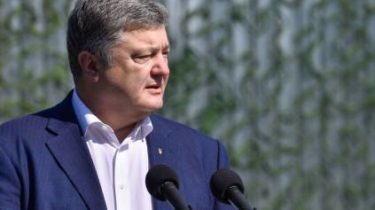 Public Council of integrity, prisaa of the President of Petro Poroshenko not to approve the 111 candidates to the members of the new Supreme Court of Ukraine.

This is stated in the appeal Board.

Heavy selection and 120 finalists. Poroshenko summed up the contest in the Supreme court

“We urge the President, as the guarantor of the Constitution not to appoint the recommended candidates, while in court no decision regarding violations that took place during the contest, and while vkks and yelling will not publish reasoned decisions, explaining the true reasons for the rejection of the findings and information of the Public Council of integrity”, – stated in the appeal.

“Tender process was rigged to assign in advance certain candidates, and the Public Council of integrity was used to legitimize this process”, – noted the members of the Council.

“Public integrity Council considers unacceptable further selection procedures or evaluation of judges in such a manipulative way”, – the statement says.

We will remind, the High qualification Commission of judges determined the winners in the new Supreme Court in July. Among the winners – professors and teachers of higher educational institutions, the judge is a volunteer, who defended the Donetsk airport, defenders with experience at the European court of human rights, lawyers who have been educated at leading international universities.