“Stab in the back”. Hungary and Romania are going to fight against the “narrowing” of the rights of national minorities in Ukraine 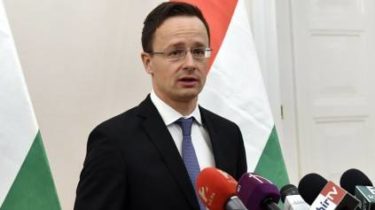 The Minister of foreign Affairs of Hungary Peter Siyatro said that the performance of Hungary and Romania against a new law “On education” is quite natural.

He said this after a meeting with his Romanian counterpart Teodor Melescanu, reports Radio Liberty.

In Romania, the advocate urged Ukrainians EN masse to take the citizenship of the country because of the education act

The Minister noted that Hungary is interested in creating and maintaining strategic contact with Romania in this matter, because “it is much better to create a history of success than to deal with the conflicts.” In his opinion, the Ukrainian law on education contradicts the Association agreement between Ukraine and the EU. Because of this, the Minister said, he considered the adoption of the Ukrainian law as a “stab in the back” of the two States.

Siyatro believes that the Ukrainian law allegedly violates the rights of national minorities. He added that Hungary and Romania will fight together against the narrowing of cultural and educational opportunities of the Hungarian and Romanian minorities.

Videobrain will try to solve the misunderstanding with Hungary