The watchful eyes. In Kiev, placed 4 thousands of cameras, which recognize human faces and license plate 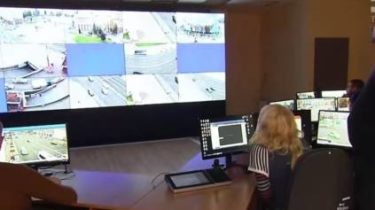 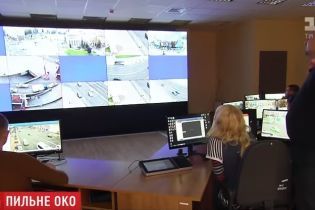 Ten criminals, four of solved murders and more than 300 brought to the court of crimes. This statistics of the work of the newly established capital of video in the framework of the program “Safe city”.

More than 4 thousand cameras are able to find a person, find a car to follow a road. In the future all-seeing eye will adjust work of traffic lights to control road traffic in the capital.

Camera automatically recognize the registration number of the car, in particular, and European format. When, where, and even who was driving. Digital eye is able to recognize a car even in complete darkness. And find out the culprit.

The video helped in resolving the incident. Khreshchatyk street the man runs across and tries to simulate the collision. The owner of this video is justified. And another terrible story thanks to three security cameras was immediately disclosed. Black Toyota cut a car and left. Driver found with the recorded numbers.

Solved several crimes, found a few people who long ago were wanted. This is due to the cameras with face recognition technology. They have a few months of test at two metro stations. System with accuracy of 95% identificeret child who was lost, or a wanted criminal. Collected information is used by the police, security service, rescuers and services.

“Services such as “kyyivdorservis”, “kievavtodor”, the district administration attached to the system and they control, as are utilities like repairing roads, how is the cleaning on the roads”, – said the Director of the information technology Department, Kyiv city state administration Yuriy Nazarov.

Until the end of the year in the capital plan to install 1,700 cameras, and all subway stations be equipped with recognition systems. Digital devices can record and traffic violations: speeding, running a red light, crossing a solid line. And fined after the enactment of the law.

More details see in the story of Igor Bondarenko.