How will the local government in case of martial law. The proposed plan change 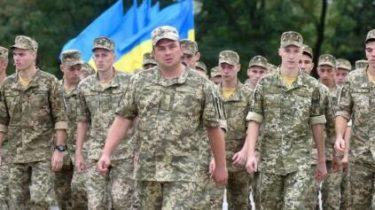 According to the new draft law, which will address public policies in the occupied territories in the Donetsk and Lugansk regions, changes are made to the law “On legal regime of martial law”.

According to the document, in case of introduction of martial law in some areas after the formation of the military administration to terminate the powers of regional, district , rural, settlement, city, district in the cities councils, rural, settlement, city chairmen, other officials and officers of local government and chiefs. Appropriate military authorities will exercise their powers until the day of the first meeting of the first session of the Council, elected after the cancellation of martial law

Control over the activities of the regional military administrations, defence, public order and security, implementation of measures of the legal regime of martial law will carry out joint operations staff of the Armed Forces of Ukraine under the overall leadership of the General staff of the Armed Forces of Ukraine and other issues – the Cabinet of Ministers of Ukraine within their powers. The regional authorities will lead the district.

The General staff will carry out training and provide General guidance for the Armed Forces of Ukraine, connections, parts and organs of other military formations and law enforcement agencies in carrying out their activities the legal regime of martial status.

We will remind, the document recognized the temporarily occupied territories in the Donetsk and Lugansk regions: land territory and its internal waters within individual regions, cities, towns and villages, where the armed forces of the Russian Federation and the government of Russia has established and exercised by the occupation authority and overall control; internal sea waters and territorial sea of Ukraine, which is adjacent to the same land territory, air space above these territories.