Salaries of judges will start from 45 thousand hryvnias, and for recusal – mad fines 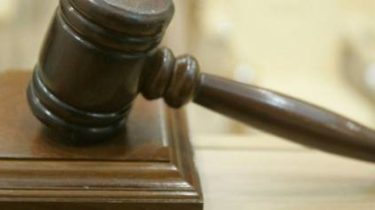 MPs have adopted the judicial reform. In the second reading, be considered in the Assembly hall record for a long time – three weeks. But in the end was not without scandal. A number of changes made without consideration, at the request of the Committee. So the vote was accompanied by accusations of not personal vote and shouts “ganba!”.

“This law is the rate at which time pre-trial is not determined since the presentation of suspicions, from the moment of entering in eRDR. You know there’s a crime, the investigation which takes much longer time than a year and a half. Accordingly, it was a requirement of the “Opposition bloc” that they give vote for these amendments. And accordingly limited to the period of a pretrial investigation on Yanukovych and all associates of Yanukovych,” – said the people’s Deputy from the PPO Sergey Leshchenko.

That in judicial reform, the MPs adopted at the last moment, they do not understand. Lawyer Serhiy Vlasenko believes that more accessible to citizens, the court did not. Rising court fees for the citizens, introduced the institution of “abuse of rights”.

And increase the salaries of judges. The ordinary Minister of the local court will make about 45 thousand UAH, the salary of a judge of the Supreme court starts from 100 thousand UAH, and will reach 350 thousand UAH. Apart from the obvious injustice that a judge earns in the tens or hundreds of times more than a teacher or doctor, according to Victor Pynzenyk, there is another problem.

“Corruption and the pay is not the same thing. I want to emphasize again: you can’t buy honesty. Someone wants to pay millions for an honest man? No – he is either honest or not”, – said the people’s Deputy from BPP Victor Pynzenyk.

Guarantee of the integrity of judges will Declaration and their relatives, says neodnorodnoi Leonid Yemets. All the rules of the judicial reform, which he supported, Yemets considers technical and de minimis, except for one. Unified judicial practice – a sort of American precedent: the Supreme court will interpret how to act in every kind of cases, so trial judges will not interpret the laws.

To understand that MPs in the result received, they will be able, when you see the speaker signed the text of the law. Then he was sent to the President, who is the author of reform.

More details see in the story of Olga Koshelenko.