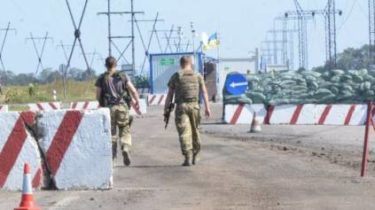 The law on the reintegration of Donbass will bring to Parliament tomorrow, October 4. About it to deputies of the Deputy head of the presidential Administration Konstantin Eliseev, who came to him to discuss the draft at a closed meeting.

What will be the law, Elisha said vague. Invited to the discussion the deputies of the so-called “Minsk platforms” found that the law in Russia will be identified as the aggressor, uncontrolled territories are referred to as the occupied, and we will focus on the admission of a peacekeeping mission.

In the Network multiply the texts of the law on the Donbass, but they are all outdated, because the project continues to change today. Therefore, to meet the deputies Elisha came without the text of the law, which says, the President will submit to the Verkhovna Rada tomorrow.

An official from the presidential office probably came to prepare the ground and at the same time to find out what are ready to support in Parliament, and that can be a problem on the road to adoption.

But outside of the presidential faction there has been a lot of doubt, will find this law in Parliament. In the “popular front” say that any mention of the special status of Donbass will bury the project. “Samopomoc” outraged by secret discussion. They say, something good under a blanket to hide would not.

But about Crimea, the law does not say.